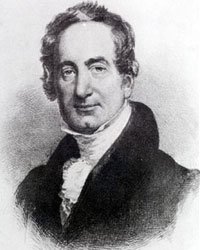 Born in 1715 a native of Meath whose original family name was MacShane, William Johnson  settled in the Mohawk Valley, New York in 1738. His parents were Christopher Johnson and Anne Warren, members of the Irish Catholic gentry who had, in previous generations, lost much of their status to Protestant English colonists. Christopher Johnson was descended from the O'Neill of the Fews dynasty of County Armagh. William Johnson's paternal grandfather was apparently originally known as William MacShane, but changed his surname to Johnson, the English translation of the Gaelic Mac Seáin.

As a Catholic, William Johnson's opportunities for advancement in the British Empire were limited. Never particularly religious, Johnson converted to Protestantism when offered an opportunity to work for his uncle Peter Warren in British America, where he had purchased a large tract of undeveloped land along the Mohawk River in the province of New York. Warren convinced Johnson to lead an effort to establish a settlement there, to be known as Warrensburgh, with the implied understanding that Johnson would inherit much of the land. Johnson arrived in about 1738 with twelve Irish Protestant families and began to clear the land.

Johnson became closely associated with the Mohawks, the local Indians who were the easternmost nation of the Six Nations of the Iroquois League. Although the Mohawks had once been formidable, by the time Johnson arrived, their population had collapsed to only 580. The Mohawks saw in Johnson someone who could advocate their interests in the British imperial system. Sometime around 1742, they adopted him as an honorary sachem, or civil chief, and gave him the name Warraghiyagey, which he translated as "A Man who undertakes great Things".

In 1755 he was created a baronet and named superintendent of Indian Affairs. On his death he was succeeded by his nephew Guy Johnson (1740 1788), also born in Ireland, who directed Iroquois attacks against the colonists during the Revolutionary War.

Johnson commanded Iroquois and colonial militia forces during the French and Indian War. His role in the British victory at the Battle of Lake George in 1755 earned him a baronetcy; his capture of Fort Niagara from the French in 1759 brought him additional renown. In 1756, Johnson was commissioned as the superintendent of Indian affairs for the northern colonies. Serving in that role until his death, Johnson worked to keep American Indians attached to the British interest.