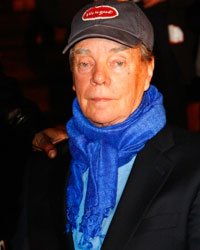 Born May 3, 1924 in Chicago, Tom O' Horgan was an American theatre and film director, composer, actor and musician. For the most part his early career work was in off-Broadway experimental theatre productions at such places as "La MaMa", a theatre club in the East Village. In 1974, he conceived and directed a stage adaptation of the Beatles' classic recording Sgt. Pepper's Lonely Hearts Club Band. O'Horgan made his Broadway directorial debut in 1968 with the ground-breaking musical Hair, garnering a Tony Award nomination for Best Direction of a Musical.

Additional Broadway credits include Lenny, Jesus Christ Superstar, Dude, Inner City, The Leaf People, and I Won't Dance. O'Horgan has won the Drama Desk Award for Outstanding Director three times, for Lenny, Futz!, and Tom Paine, and was named Theatrical Director of the Year by Newsweek in 1968. O'Horgan composed the score for and directed the screen adaptation of Futz! with Frederic Forrest, Sally Kirkland, and Jennifer O'Neill, composed the score for Alex in Wonderland, and directed the film version of Eugene Ionesco's Rhinoceros with Zero Mostel, Gene Wilder, and Karen Black.