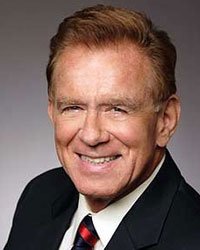 James Timothy "Tim" McCarver was born October 16, 1941 in Memphis, Tennessee. A former catcher in American Major League Baseball and a current broadcaster. McCarver grew up in an enthusiastic Irish family of seven in the tough working-class section of Memphis where his dad, Edward, was a policeman and his mum, Alice, a housewife.

From an early stage in his career Mc Carver was adored and boosted by local sportswriters, especially in high school in Memphis, TN. Baseball wasn't merely a game but an extension of his will and very being. For six years, between baseball seasons, he attended several colleges but never graduated. He began his playing career after being signed by the St. Louis Cardinals from Christian Brothers High School in Memphis in 1959. He hit .359 between Keokuk and Rochester after his signing and he was briefly called up to the Cardinals although he was just 17 years old at the time.

During a career that spanned from 1959 until 1980, McCarver also played for the Phillies, Expos and Red Sox.  He was the favorite catcher for two Hall of Fame pitchers: Bob Gibson and Steve Carlton.

After retiring as a player, McCarver became a six-time Emmy award-winning broadcaster.  He has called games for the Phillies (1980-82), Mets (1983-98), Yankees (1999-2001), and Giants (2002).  Beginning with the 1985 Fall Classic, Tim McCarver has provided color commentary for more World Series games on TV than any other announcer in history.  He is frequently paired with Joe Buck as the lead team on FOX network broadcasts and also hosts The Tim McCarver Show, a nationally syndicated interview program now in its ninth season.

Tim Mc Carver has been inducted into the Irish American Baseball Hall of fame located in New York City.