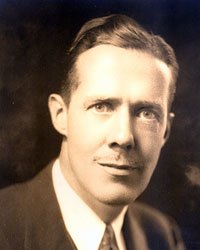 Thomas E. Donnall was born on March 15, 1920, in the small town of Mart, Texas. After graduating from a high school class of approximately fifteen students, Thomas entered the University of Texas at Austin in 1937. He received a B.A. in 1941 and continued on for a master's degree, which was awarded in 1943. Completing his M.A at the University of Texas Medical Branch in Galveston and Harvard Medical School, where he received his M.D. in 1946

Thomas moved to New York in 1955 to take the position of physician-in-chief at the Mary Imogene Bassett Hospital in Cooperstown. The next year he became, in addition, an associate clinical professor of medicine at the College of Physicians and Surgeons at Columbia University. During the next eight years Thomas had the opportunity to develop and research his ideas about bone marrow transplants, and he applied these concepts to treating cancers of the blood. In 1970 he performed (1970) the first successful bone marrow transplant between people who were not twins.