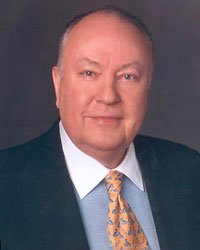 Born May 15th 1940, Ailes grew up in the factory town of Warren, Ohio, the son of Donna Marie (née Cunningham) and Robert Eugene Ailes, a factory maintenance foreman.

Ailes attended the Warren City Schools and graduated in 1962 from Ohio University in Athens, Ohio, receiving a BA.
Ailes' career in television began in Cleveland and Philadelphia, where he started as an assistant, a producer and executive producer for KYW-TV, for a then-locally produced talk-variety show, The Mike Douglas Show.

He later became executive producer for the show, which was syndicated nationally. He was nominated for, but failed to win a Daytime Emmy Awards for it in 1968. It was in this position, in 1967, that he had a spirited discussion about television in politics with one of the show's guests, Richard Nixon, who took the view that television was a gimmick. Later, Nixon called on Ailes to serve as his executive producer of TV. Nixon's election victory was only Ailes's first venture into the political spotlight. His pioneering work in framing national campaign issues and making the stiff Nixon more likeable and accessible to voters.

Ailes founded Ailes Communications, Inc., in New York in 1969, and consulted for various businesses and politicians, including WCBS-TV.

Ailes served as a political consultant for many Republican candidates during the 1960s, 70s and 80s. His first such job was as media advisor for the Nixon campaign in 1968. He returned to presidential campaigning as a consultant to Ronald Reagan in the latter stages of the 1984 campaign. He is widely credited with having helped coach Reagan to victory in the second presidential debate with Walter Mondale, after aides Richard Darman and David Stockman bungled preparations for the disastrous first debate.


In 1987 and 1988, Ailes was credited (along with Lee Atwater) with guiding George H. W. Bush to victory in the Republican primaries.

After the announcement of Microsoft and NBC's partnership to create an online and cable news outlet, MSNBC, taking the place of America's Talking, Ailes left the network in February 1996 in a fit of pique and was hired by Rupert Murdoch to create Fox News Channel for News Corporation. In addition, eighty-nine additional employees of the NBC networks left with Ailes to help with the new channel's creation for launch, on October 7, 1996.

After the departure of Lachlan Murdoch from News Corporation, Ailes was named Chairman of the Fox Television Stations Group on August 15, 2005. Ailes also hired former CBS executive Dennis Swanson in October 2005 to be president of the Fox Television Stations Group
He signed a new deal in November 2008 that keeps him at the network for another five years.