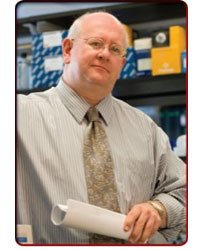 Dr. Owen O'Connor, MD, PhD, is an Associate Professor of Medicine, is Director of the Lymphoid Development and Malignancy Program in the Herbert Irving Comprehensive Cancer Center (HICCC), and Chief of the Lymphoma Service at New York-Presbyterian Hospital.  Dr. O'Connor received his Ph.D. in biochemical toxicology and chemical carcinogenesis from NYU and his MD from the University of Medicine and Dentistry of New Jersey.

Dr. O'Connor who is currently a member of several professional societies and has published nearly 100 articles in numerous journals counts all four of grandparents as Irish born in from counties – Mayo, Galway, Cork and Kerry.

A Physician-scientist, Cancer Researcher, and Medical Oncologist. O’Connor is Professor of Medicine and Pharmacology, Deputy Director for Clinical Research and Cancer Treatment and Director, at the Division of Hematology and Medical Oncology at New York University’s Cancer Institute - NYU Langone Medical Center.

Over the past decade, O’Connor’s work has contributed to the FDA approval of three distinct drugs. O’Connor’s laboratory is now focused on the discovery and development of promising new small molecules that target the all-important NF-κB signaling pathway in cancer cells. In partnership with colleagues from Columbia University, O’Connor is a co-founder of a small biotechnology company, THERASIS, which is focused on using high-throughput chemical screening approaches and systems biology applications to accelerate the discovery of promising new anti-cancer drugs. O’Connor is the recipient of several honors and awards