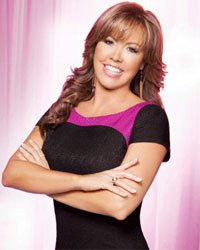 Mary Murphy was in born 1959 Flushing, New York. The daughter of Irish immigrants, James and Mary who were born in Co. Mayo and Co. Galway respectively,her parents came to America in the late 1940s settling in Queens, New York. First generation Irish Mary Murphy has spent her entire, 25-year career in her native New York City. By the age of 13, Mary knew she wanted to be a television reporter and anchor. While a student at Queens College in Flushing, Mary interned in the WCBS-TV newsroom and after graduating Magna Cum Laude, she was hired by WPIX-TV Channel 11 as a production assistant, working her way up the ladder to staff reporter. In 1986, WCBS-TV hired Mary as a general assignment reporter and later, as a breaking news correspondent, her coverage of the Joel Steinberg and John Gotti trials garnered two Emmy Award wins by the National Academy of Television Arts and Sciences.

In 1993, Mary returned to WPIX-TV as a special correspondent, where she was assigned to major stories, with hosting duties on 11 News Close-up, plus anchor work. At WPIX, Mary has continued to win numerous awards, including 14 Emmys (for a total of 16). In 1995, Mary was honored by the American Women in Radio and Television for a documentary called "Schindler: The Real Story," a report on Holocaust survivors living in New York and New Jersey who were the inspiration for the Steven Spielberg film. Mary is also the recipient of the prestigious Edward R. Murrow award for writing. She has won more than a dozen awards from the New York State Associated Press Broadcasters Association, where she has been honored several times for "General Excellence in Reporting," winning for Best Interview three years in a row.

While weekend co-anchor of the PIX News at Ten, Mary reported on some of the biggest stories of the last decade, including the death of Princess Diana, the fatal plane crash involving John F. Kennedy, Jr., the assassination of Israeli Prime Minister, Yitzhak Rabin, the 2003 explosion of the space shuttle, Columbia, and several foiled terrorism plots against New York City.