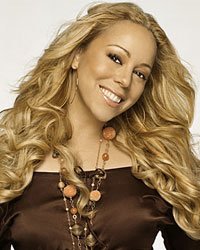 Born March 27th 1970 in Huntington, Long Island, New York, Mariah Carey is the third and youngest child of Alfred Roy Carey, an aeronautical engineer and Patricia Carey (née Hickey), a former opera singer and vocal coach. Her mother was Irish American and her father was of Afro-Venezuelan and African American descent; her paternal grandfather, Roberto Nuñez, changed his surname to Carey to better assimilate upon moving to the United States from Venezuela.

In June of 1990, Mariah made her debut with "Mariah Carey" which entered at #73, but on August 4, 1990, it reached #1. Her 1990 self-titled debut album went multi-platinum and spawned an extraordinary four consecutive #1 singles: "Vision of Love," "Love Takes Time," "Someday" and "I Don't Wanna Cry," and led to Grammy Awards for Best New Artist and Best Female Vocalist. Her 1993 album titled Music Box went ten-times platinum. On September 30, 1995, she made music history. Her single "Fantasy" from her 1995 Daydream album debuted at #1 on the Billboard Hot 100, making her the first female artist to accomplish a number one debut in the U.S.

She is the only artist since The Beatles's 59-week record with the most cumulative weeks spent atop Billboard's Hot 100 Singles chart.