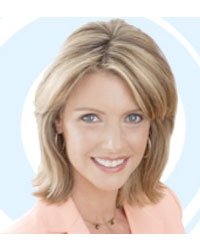 Jackie Hyland, born in New York City returned to her parents native Leitrim where she grew up grew up and attended school in Drumshanbo. Upon completion of school Jackie moved to New York, attended college and commenced her broadcasting career at ABC's Good Morning America. She subsequently worked at News 12 Long Island, and at News 12 Westchester, as a producer, a reporter and an anchor. Hyland and Bob Lape also co-hosted a business program called "The CPA Report". She joined WPIX-TV as a General Assignment Reporter and Anchor in 2000.

In August 2005, she joined WFAA-TV where she anchored the morning news show, Daybreak, and the midday news, for a time she also co-hosted "Good Morning Texas".
Hyland left News8 at the end of 2007.

Hyland and her husband moved back to New York City, where she worked as a freelance reporter for WCBS-TV. She also did some correspondent work for CNBC's "High Net Worth" and "The Business of Innovation", before anchoring for ABC News Now. Hyland now anchors the weekend edition of PIX News, on WPIX at 6:30 and PIX News at Ten in New York. Her parents currently reside in County Leitrim.