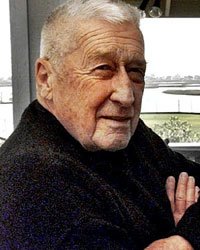 Raised in Elizabeth, New Jersey, Spillane was the only child of Scottish mother Catherine Anne and his Irish bartender father, John Joseph Spillane. More than 225 million copies of his books have sold internationally. In 1980, Spillane was responsible for seven of the top 15 all-time best-selling fiction titles in the U.S.