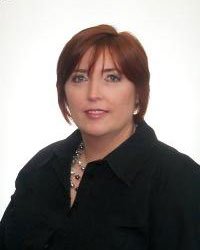 Originally from Listowel, Co. Kerry, Cora moved to the U.S. in 1991, right after getting married. She received a Donnelly green card and intended to stay for no longer than a year.

Creed taught computer classes at the Aisling Irish Center in Yonkers 10 years go. She played and was a committee member of the Bronx Irish Soccer league for a few years, and also played and was a committee member for the Ladies Darts League.  She is one of the founding members of Swazi Legacy, Inc., a not-for-profit organization created last year to continue the life-long work of Father Pat Ahern (late of Ballylongford, Co. Kerry), by raising monies to help educate children orphaned due to the AIDS epidemic in Swaziland.