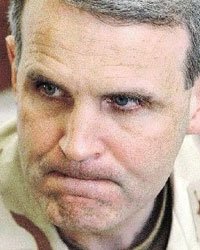 James Hickey, 49,  is the second of six children born to Irish immigrant parents, raised in the Chicago suburb of Hickory Hills himself and his three brothers, Patrick, Kenneth, and Shawn, attended St. Laurence High School, a private boy's school in Burbank, Ill., where Hickey played varsity soccer and was an honor student who also ran for the student council. After high school, Hickey went to Virginia Military Institute in Lexington, Va., where he was commissioned an Army second lieutenant by 1982.

Colonel James Hickey was the US Army leader of Operation Red Dawn which captured Saddam Hussein near Tikrit, Iraq. His grandfather served in Europe during World War 1 before returning to Ireland, and his father was sent to Korea after emigrating to America.

His Irish heritage is never far away. His parents were both born in the West of Ireland and his father worked as plumber to help put his six children through college. As a second career the elder Hickeys own the Irish Way, a gift shop in Naperville that specializes in Irish imports.

Growing up in both a house and area strong in Irish culture, Hickey has acknowledged that over time he has gained an appreciation of the uniqueness of that type of upbringing, and the strength of the values that come from people like his parents. Their sense of humanity and right and wrong he says "has definitely influenced me over the years."