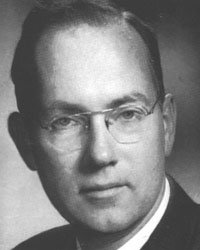 Born on July 28, 1915, in Greenville, South Carolina, Charles Hard Townes is an American Nobel Prize-winning physicist and educator.  The son of Henry Keith Townes, an attorney, and Ellen (Hard) Townes. He attended the Greenville public schools and then Furman University in Greenville, where he completed the requirements for the Bachelor of Science degree in Physics and the Bachelor of Arts degree in Modern Languages, graduating summa cum laude in 1935, at the age of 19. Physics had fascinated him since his first course in the subject during his sophomore year in college because of its "beautifully logical structure". He was also interested in natural history while at Furman, serving as curator of the museum, and working during the summers as collector for Furman's biology camp.

Townes completed work for the Master of Arts degree in Physics at Duke University in 1936, and then entered graduate school at the California Institute of Technology, where he received the Ph.D. degree in 1939 with a thesis on isotope separation and nuclear spins.

Townes is known for his work on the theory and application of the maser, on which he got the fundamental patent, and other work in quantum electronics connected with both maser and laser devices. He shared the Nobel Prize in Physics in 1964 with Nikolay Basov and Alexander Prokhorov. He and Alex invented the maser (microwave amplification by stimulated emission of radiation), using ammonia gas and microwave radiation - the maser was invented before the (optical) laser.