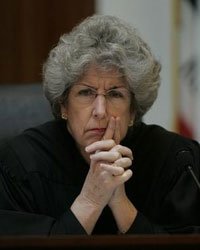 Carol Ann Corrigan born August 16, 1948, in Stockton, California) is a Justice of the California Supreme Court.

Justice Carol A. Corrigan was appointed to the California Supreme Court in 2006 after Governor Arnold Schwarzenegger nominated her to replace Justice Janice Rogers Brown, who resigned.  She was confirmed in this position January 4, 2006. She was in the dissenting minority in re Marriage Cases in 2008. Prior to that she served on the California Court of Appeal, Superior and Municipal Courts and was a trial lawyer in the Alameda County District Attorneys Office.

Born in Stockton she attended local Catholic schools and Holy Names University. All eight of her great grand parents immigrated form Ireland and she is fiercely proud of her Irish heritage.

Justice Corrigan has served as an adjunct professor at several universities including University of California at Berkley.