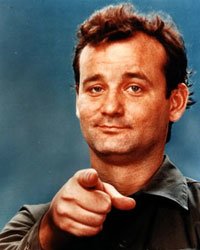 Born on 25 May 1877 William Thomas Murray better known as Billy Murray  was one of the most popular singers in the United States in the early decades of the 20th century.

Born in Philadelphia, Pennsylvania, to Patrick and Julia (Kelleher) Murray, immigrants from Ireland. His parents moved to Denver, Colorado, in 1882, where he grew up. He became fascinated with the theater and joined a traveling vaudeville troupe in 1893. He also performed in minstrel shows early in his career. He made his first recordings for a local phonograph cylinder company in San Francisco, California, in 1897. In 1903 he started recording regularly in the New York City and New Jersey area, when the nation's major record companies as well as the Tin Pan Alley music industry were concentrated there.

In 1906 he waxed the first of his popular duets with Ada Jones. He also performed with Aileen Stanley, the Haydn Quartet, the American Quartet (also known as the Premier Quartet), and Elsie Baker, in addition to his solo work.

Nicknamed the Denver Nightingale, Murray had a strong tenor voice with excellent enunciation and a more conversational delivery than common with bel canto singers of the era. On comic songs he often deliberately sang slightly flat, which he felt helped the comic effect.

Murray was a devoted baseball fan, and he is said to have played with the New York Highlanders (Yankees) in exhibition games. He also supposedly sometimes called in sick to recording sessions in order to go to the ballpark. Murray recorded "Tessie, You Are the Only, Only, Only", which became the unofficial theme of the 1903 World Series, when the words were changed from "Tessie, you know I love you madly," to "Honus, why do you hit so badly?"

Murray's popularity faded as public taste changed and recording technology advanced; the rise of the electric microphone in the mid 1920s coincided with the era of the crooners. Murray made his last recordings in 1943. He retired the next year to Freeport, Long Island, New York, because of heart problems. He died in nearby Jones Beach of a heart attack in 1954 at the age of 77.