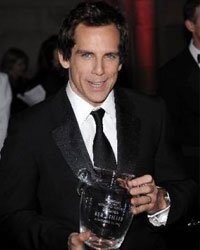 Ben Stiller was born on November 30, 1965, in New York, son of legendary comedians Jerry Stiller and Anne Meara. His mother Anne Meara, who is of Irish Catholic background, converted to Judaism after marrying his father.

The star who has visited his ancestoral home in Ireland, made his big screen debut in Steven Spielberg's Empire of the Sun 1987. Demonstrating early on the multifaceted tone his career would take, he soon stepped behind the camera to direct Back to Brooklyn for MTV. The network was impressed and gave Stiller his own show, "The Ben Stiller Show". With both an emmy and an American Comdey Award under his belt the actor who starred in the famous 'Meet the Fockers' movies alongside legendary Robert Di Nero visited Hati in 2009 after an earthquake devastated the country.

Upon his return to the states he launched stillerstrong, a campaign in partnership with Causecast and the Global Philanthropy Group the motto of “stealing great ideas from other people’s charities to build a school in Haiti,” to raise money for the project and enlist the support of others. He produced a series of viral videos involving President Clinton, Lance Armstrong, Robert DeNiro, Owen Wilson, Ryan Seacrest and others who rallied around this important cause. This campaign has raised more than $300,000 including a generous contribution of $100,000 from Bulgari. This represents a significant amount of funds needed for the school. Stiller partnered with Save the Children on the Cévérine School project.