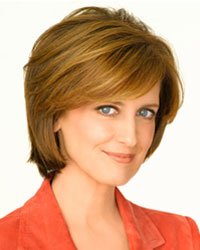 Anne Sweeney born November 4, 1958, the daughter of two teachers, today she is the Co-Chair of Disney Media Networks and President of Disney-ABC Television Group.

With roots that can be traced to Kerry, Meath and Mayo Sweeney has had an immeasurable impact on Media in the last twenty years. She spent 12 years at Nickelodeon/Nick at Nite in various executive positions, most recently as senior vice president of Program Enterprises. Among many accomplishments, she oversaw Nickelodeon's international expansion, including launching the channel in the United Kingdom, resulting in a joint venture with British Sky Broadcasting.

More than twenty-five years later, her 2004 promotion to president of the Disney-ABC Television Group would bring her the “The Most Powerful Woman in Entertainment” title from the Hollywood Reporter, not to mention also being declared one of the “50 Most Powerful Women in Business” by Fortune

In 2005, Ms. Sweeney led the industry into the digital era when the Disney/ABC Television Group became the first media company to put television content on new platforms. The group was the first to leverage iTunes, the first to introduce an ad-supported full episode player online, and the first to deliver an application for the revolutionary iPad. Under her leadership, the Group continues to combine high-quality content with strategic use of traditional and emerging distribution platforms to deliver compelling news and entertainment viewing experiences to hundreds of millions of people around the world.

Active in organizations both within and outside the television industry, Ms. Sweeney is a board member of A&E Television Networks, the Paley Center for Media, the American Film Institute and the Special Olympics.

In 2008 she was honored with the Broadcasters Foundation of America's Golden Mike Award for Outstanding Contributions to Broadcasting, the Matrix Award for television from New York Women in Communications, Inc., as well as the National Cable & Telecommunications Association's Vanguard Award for Distinguished Leadership. Ms. Sweeney was inducted into the Cable Center's Hall of Fame in October 2007 and recognized by the Producers Guild of America in 2006 with the President's Citation for her efforts on behalf of diversity across the Disney/ABC Television Group. In 2005 she was inducted into the Broadcasting & Cable "Hall of Fame," and in 2004 received the Muse Award from New York Women in Film & Television. She has been honored repeatedly by Women in Cable & Telecommunications -- as Executive of the Year in 1994, Woman of the Year in 1997, and in 1998 as the recipient of the Advocate Leader Award from WICT's Southern California chapter. In 1995 she
received the prestigious STAR Award from American Women in Radio and Television. She was inducted into the American Advertising Federation's Advertising Hall of Achievement in 1996. In 2002 she received Women in Film's esteemed Lucy Award and has been awarded the Cable Television Public Affairs Association's President's Award.