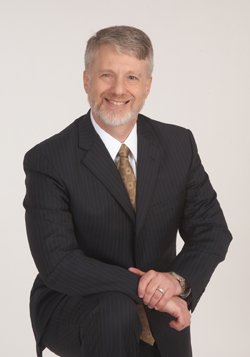 In 2009 Jim was named as Grand Marshall of the Greenwich, Connecticut St Patrick’s Parade.  Also in 2009 he was named to the Irish Legal 100 by Irish America Magazine and Irish Voice Newspaper.

Jim lives in Greenwich, Connecticut with his wife Susan, a special education teacher; his son Jim, a law school student and accomplished bagpiper; and his daughter Caileigh, a pre-med student and a champion Irish Dancer. 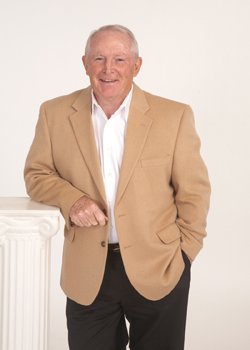 Born in Bruff, County Limerick, Carl Shanahan immigrated to the United States in 1958 and has become one of the most prominent Irish businessmen and patrons of Irish culture in Connecticut. Shanahan’s business interests  employ over 1000 people and include a building maintenance company, a high technology cable and wire business and one of Irelands best known luxury hotels, The Dunraven Arms in Adare, County Limerick.

But it is perhaps as a champion of Irish culture that Shanahan is best known. In 1980 he co-founded The Wild Geese, a Stamford based not –for- profit organization dedicated to promoting the richness of the Irish experience, not just in the Irish-American community, but in the broader community as well. The Wild Geese encourages a deeper appreciation of Irish culture among its member by offering cultural programs featuring Irish artists, scholars and other dignitaries who enrich the Irish cultural experience in Fairfield County.

Shanahan’s work on behalf of Irish causes goes further than the Wild Geese. On a personal level, he has been instrumental in helping gifted Irish chefs and hotel workers find employment in the Unites States. Shanahan is also an active board member on a number of cultural organizations, including New York University’s Ireland House, The Irish American Cultural Institute and The Ireland- U.S. Council. Shanahan’s commitment to his community and his culture has not gone unrecognized. In 1995, Irish America magazine named him one of the “Top 100 Irish in America.”

Shanahan and his wife Mary live in Stamford, CT. He is the father of six sons, two stepdaughters, and one stepson and has nineteen grandchildren. 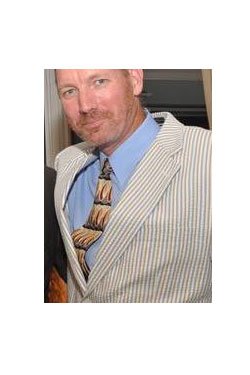 Patrick Sean Flaherty,www.Brandhalo.com ,is an award winning idea developer and creative director. Patrick has worked with some of the worlds largest communication entities.

He has assisted many non profit / public service organizations such as The Multiple Sclerosis Foundation, Drunk Driving Association, Rosa Parks fund, Stewardshipforkids.org and the YMCA. Helping the Africare organization and The Red Cross during a turbulent time in Rwanda, this project helped get assistance to the country and by winning the Cannes Lion thus expanding publicity and increasing donations toward their plight.

He has been a Board of Directors, Creative Director and business development advisor for the Chamber Dance Project, Stir productions a film and theatrical development group, Datamind research, Barfly Interactive Networks a digital marketing endeavor. Patrick served on a FCC creative advisory panel in Washington, D.C. in regards to the future of communications regulation and advertising.

Aer Lingus ,Board Failte, Soas Nua D.C and AIF are a few of the Irish and Irish American businesses and cultural entities he has been fortunate to be of service to. His ancestors emigrated the U.S. from Connemara.

He is proudly serves as a Founding Director of the Irish American Museum of Washington, D.C.